The consumption of marijuana is allowed in Germany. However, possession and sale have so far been considered criminal offenses. 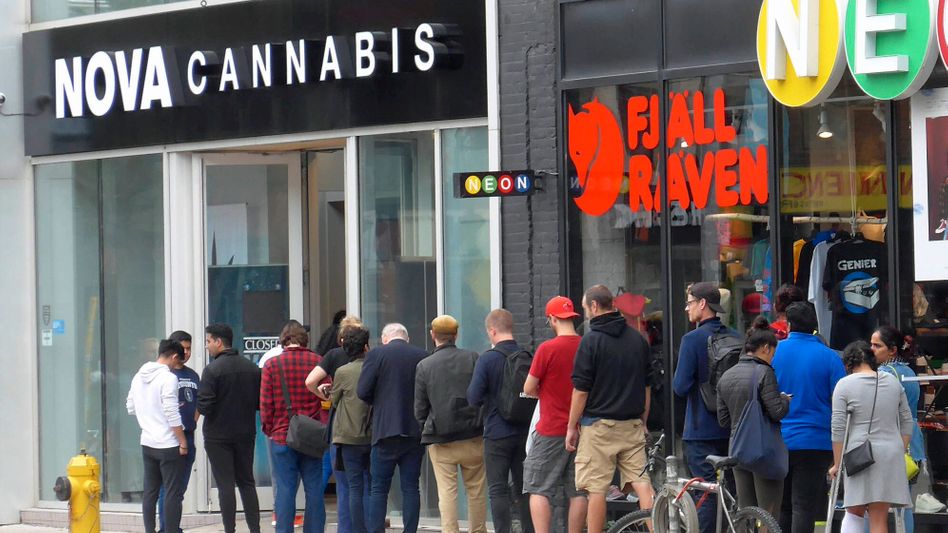 The consumption of marijuana is allowed in Germany. However, possession and sale have so far been considered criminal offenses. That should change with a traffic light government - but not everyone will be allowed to sell the material.

According to SPIEGEL information, the traffic light parties want to legalize the sale of cannabis for consumption purposes. The coalition working group on health and care agreed on this, as the Funke media group first reported. "We are introducing the controlled distribution of cannabis to adults for pleasure purposes in licensed shops," stated the negotiators of the SPD , Greens and FDP in the result paper of the relevant working group. This controls the quality, prevents the transfer of contaminated substances and guarantees the protection of minors.

According to the report, the relevant law is to be evaluated after four years with a view to its social impact. So far, the sale of cannabis for pleasure purposes has been banned in Germany . The Greens and FDP have long been in favor of legal, regulated trade in cannabis.

The three parties also want to expand models for so-called drug checking and harm reduction measures, according to the report by the Funke newspapers. With drug checking, users can have illegally acquired drugs checked for their chemical composition and thus be warned of particularly dangerous ingredients.

At the same time, the parties want to tighten the regulations for marketing and sponsorship for alcohol, nicotine and cannabis. "We measure regulations again and again against new scientific findings and align measures for health protection", according to the report in the paper of the traffic light working group.

The three possible partners of a traffic light coalition had all spoken out in their election programs in one form or another in favor of a regulated legal sale of cannabis for recreational use to adults. So far, cannabis has only been allowed to be traded and sold in Germany for medical purposes.

The arguments for legalization are largely the same for the SPD, Greens and FDP - and have nothing to do with the financial effect on the state treasury: the illegal black market is dried up through controlled sales, which also enables better protection of minors and more effective addiction prevention. Last but not least, it is wrong to criminalize millions of cannabis users.