Is there a way around novel food regulations for CBD?

Is there a way around novel food regulations for CBD? Explore new CBD delivery systems, CBD patches, CBD topicals and terpenes to overcome the guidelines. 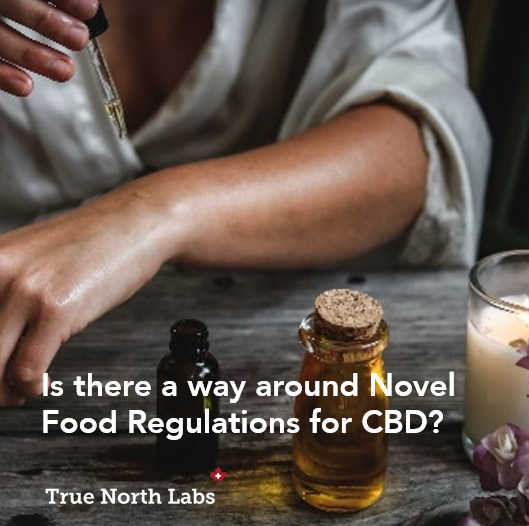 If you’re a U.K. CBD oil brand, or you’ve been planning on branching out into the burgeoning U.K. market, you might be feeling stumped by the new FSA novel food regulations and wondering ‘how can I overcome FSA guidelines for CBD’?

While there are numerous benefits to a more tightly regulated cannabinoid industry, these rules inevitably curtail progress in certain areas and limit which cannabinoid producers are able to put their products onto the market either as white label oils or bespoke blends. This has unfortunately led to the demise of many companies already, and seen products even from brands with big money behind them pulled off the shelves.

If you’re one of these brands who are no longer able to sell oil, or if you’re feeling unsure about whether now is the best time to drop a new CBD oil on the U.K. market, there are ways to keep your hand in without the risk.

Although CBD oil drops are the most commonly produced and used CBD product, that doesn’t mean they’re the only option. Nor are the necessarily the most effective. Let’s take a look at some alternatives…

Although the FSA is responsible for regulating CBD as a novel food, this does not include cosmetics, patches or CBD vape pens. This immediately opens up options for brands who wish to stay involved in the U.K CBD market without getting tangled up in novel food regulations.

As cannabinoids are fatty molecules, they are actually not very well absorbed via the sublingual gland (under the tongue). It’s estimated that of the CBD you take in this way, as little as 13% makes its way into your body (and only as much as 35%). This gets to work in up to half an hour and remains active for around 2 hours.

CBD vape pens, which do not fall under novel food regulations, can have significantly higher bioavailability than oral drops: between 31 – 56%. It also becomes active in the body almost instantly, so great for providing fast-acting results.

As well as vape pens, there are a number of other delivery systems that are new to the scene and don’t fall under FSA regulations.

One of the most exciting options is transdermal patches, which deliver cannabinoids into the body through the layers of skin and muscle within 90 minutes and then stay active in the body at a gradual, steady dose for around 24 hours. Not only do CBD patches offer a great delivery method (particularly for those who struggle to remember to take their daily doses of CBD), but they also allow for direct application to areas of the body that may need extra attention.

Cannabinoid cosmetics and CBD topicals are also free from FSA novel food regulations, so if you’re unsure about taking on the risk while things are still being ironed out, this would be a great product range to focus on.

In a Euromonitor International white paper ‘Here comes cannabis - how legalisation will disrupt global industries’ the market research provider stated that cannabis was ‘poised to disrupt virtually every consumer industry, with CBD remaining the ‘functional ingredient of choice’. They also predict CBD skincare to be the ‘driver of cannabis beauty growth’. Cosmetics Design-Europe senior consultant, Charlotte Bowyer, said back in 2020 that she expects to see major players in the beauty industry, like Estee Lauder and L’Oreal, bringing CBD beauty products to the market in the next 5 years.

Get crafty with terpene oil blends

Terpenes (aromatic compounds found in nature, that are particularly abundant in cannabis) are worthy of oil products all to themselves – so why not focus on terpene blends for oral drops instead of cannabinoids? One terpene, B-Caryophellene, has actually been named a ‘dietary cannabinoid’ as it activates the endocannabinoid system just like cannabinoids can.

Many terpenes are approved for use in food and are already frequently used in the food, cosmetic and supplement industries.

Want to know more about the therapeutic potential of terpenes? Take a look at our recent article here.

CBD isolate and CBD oil that is derived from hemp that has been propagated and processed in a non-traditional way, then often having other ingredients added, is considered to be a ‘novel food’. But, there’s a query over whether cold pressed hemp extract and hemp tea should be included in this category.

According to the FSA ‘a Foodstuff can be considered ‘novel’ if it was not consumed by humans to any significant degree prior to May 1997’. Given the way it’s produced, CBD oil falls into this category, but it’s recognised that cannabis and hemp has been widely consumed and used by humans for many thousands of years. So, when produced using traditional methods (for example, cold pressed whole plant) or kept dried and raw (as in tea) this is not so clear cut.

There have been statements made by the FSA to say this rule doesn’t apply to CBD oil, only hemp seed products. However, in 2019 the Cannabis Trades Association argued this with three primary submissions via Mackrell Solicitors:

-There is a long history hemp extract oils containing CBD being consumed in the EU before 1997.

-Where the active cannabidiol component has not been specifically isolated, CBD oil is essentially hemp extract oil. It is propagated in the same way that hemp oil has been for decades and subjected to non-novel extraction process

-In any event, CBD products are “isolated from or produced from” hemp plants that have been propagated using traditional propagation methods for the purposes of article 3(2)(a)(iv) of the NFR.

There’s certainly scope for contesting that whole plant cold pressed oils and hemp tea do not qualify as novel foods. Whether or not you’d win that case is another matter!

Our previous article on Novel foods Regulation can be found here

Want to discuss ways you can stay safe in the U.K. cannabis industry amidst the FSA novel food regulation upheaval? Our team of experts are ready to answer your questions – so get in touch.