Cannabis, CBD & Yoga: a match made in bliss! 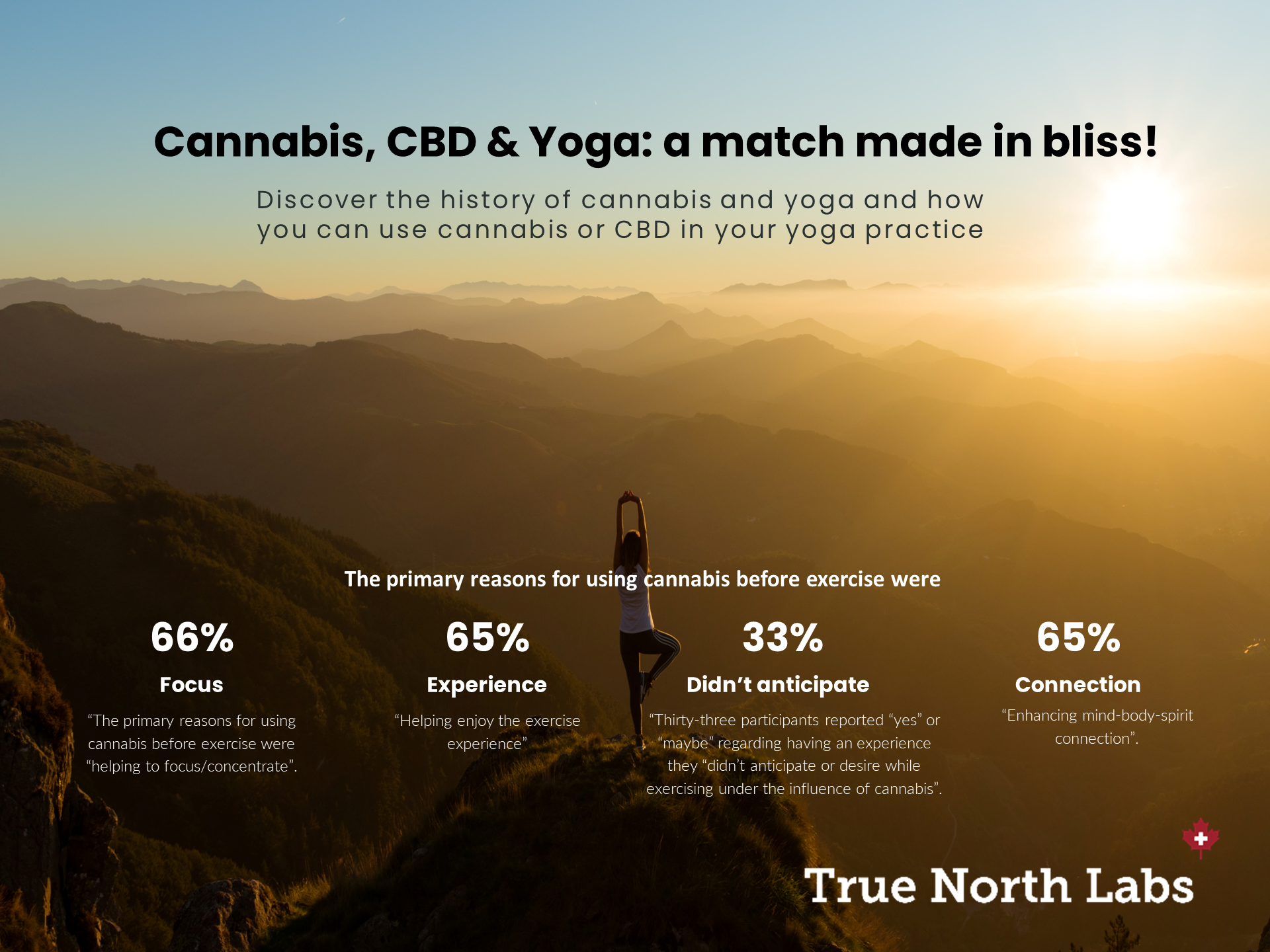 Thousands of years ago, as the story goes, Lord Shiva (one of the principal deities in the Hindu religion and the supreme God of Shaivites) became the origin of yoga. He brought this teaching first to his wife and then to the world to gain mastery over oneself and deepen spiritual connection.

Lesser known, perhaps, is the fact that Lord Shiva is also considered to be the Lord of Ganja which, according to legend, he gifted to humanity after using it himself to heal and find enlightenment.

With the ancient history so intertwined, it's perhaps no wonder that cannabis and yoga are still used in combination by millions of people all over the globe, following (often unknowingly) the wisdom imparted in some of the world's most archaic texts: The Vedas.

Knowing this is something that has been done for a long, long time is one thing. But what do we know now about the seemingly perfect pairing of cannabis and yoga? Thanks to modern-day science, a whole lot, actually. So, let’s explore...

Cannabis, CBD & yoga: a match made in bliss!

Cannabis and yoga are literally a match made in bliss due to how they both elevate Anandamide levels. Anandamide is a vital neurotransmitter (endocannabinoid) in the body that works as part of the endocannabinoid system, which is actually named after the Sanskrit word for 'bliss'.

Anandamide is naturally released on demand in the body to help restore equilibrium as and when needed. Cannabis is well known to help support these levels – CBD inhibits the enzyme that breaks Anandamide down, resulting in higher levels. While THC mimics Anandamide almost exactly, fitting like a lock and key into Anandamide receptors and triggering that same bliss-like response.

One observational pilot study of adults before and after a 4-day Isha Yoga Bhava Spandana Program retreat found a remarkable >70% increase in Anandamide and all other endocannabinoids immediately after meditation. Perhaps even more incredible was that a >20% increase was still seen in blood samples taken one month later, resulting in improved focus, happiness, and positive well-being and reduced depression and anxiety in all participants.

Using Cannabinoids to be satisfied, focused, and productive during their workouts

Data collected from an online survey revealed that yoga is one of the most popular activities to consume cannabis before or during. Falling only just behind hiking, 58% of responders said they use cannabis with yoga to “help focus/concentrate" (66%), "help enjoy the exercise experience" (65%), and "enhance mind-body-spirit connection" (65%), with preferences topping the chart being smoking Sativa dominant flower. However, 18% said they opted for CBD products instead – a great option if you don’t fancy getting high for your yoga session.

The majority of the sample agreed they felt more satisfied, focused, and productive during their workouts, too – maybe it’s that extra Anandamide boost!

The entire purpose of our endocannabinoid system is to restore balance to the body, so by supporting this with cannabis and yoga; you're intrinsically supporting balance through and through.

The ECS works within all other physiological systems, so every single aspect of your health and well-being is being looked after with these two. Talk about holistic!

It's not just the cannabinoids in cannabis that make it a pleasure to use with yoga, but also the terpenes.

Terpenes are the aromatic compounds in cannabis – the same thing used in aromatherapy.

One study comparing two aromatherapy blends with a control group to observe the difference in relaxation after a yoga class found that the aroma designed to support balance yielded a 41% increase in relaxation compared to the control.

The blend comprised sandalwood, rosewood, benzoin, myrrh and frankincense. Cannabis shares several terpenes with these, including major players such as linalool, pinene and limonene.

Is it safe to use cannabis with yoga?

Although it's generally perfectly safe to put cannabis and yoga together, there are some things to consider ensuring your experience is wholly positive.

It's best to go in low with a THC dose, just so you don't wind up feeling 'too high' to exercise or find that your judgement is impaired to the point you can't get into your poses!

With all this knowledge, there is a myriad of cannabis products that can be specifically designed for yoga.

From scented body oil with an effect-based terpene blend, or a terpene-enhanced vaporizer curated to aid with relaxation during a yoga practice or meditation session, the opportunities for new product development are endless. True North Labs can help brands build on these bliss-bathing properties by advising on how to best utilize multiple aspects of the cannabis plant to get the most out of this ancient pairing. Want to know more about building a new cannabis product? Head to our contact page and reach out for your free consultation.